How can we know whether or not to believe what we read or hear…on nutrition and it´s connection to health and wellbeing? After all there is so much conflicting information floating around out there…on social media.

Is coffee good for us…and how many cups per day? What about wine? Are potatoes fattening? Does soy have hormones? What about so called “heart healthy” oils? Is gluten free for everyone etc., etc., etc.? The list can go on and on.

Why is there so much confusion that sometimes prevents us from making the correct healthy choices for ourselves and our loved ones?

For one thing we may not know or understand that there are influential and powerful corporations and institutions that we´re up against…that are more interested in their own welfare and survival than our own personal health…and, as a consequence, would do literally anything in order to make sure that we continue to consume their products. How powerful and influential are they? Well just to give you an example, we just have to go back to the mid 1900s when Big Tobacco was in control, mostly through the press and TV. Everybody smoked then. After all, if famous actors, athletes and doctors smoked…what could be wrong with that? At that time we were never given the chance to question whether it was a healthy habit or not. This was going on even though, since the 1940s, 1000s of studies were already showing the link between smoking and lung cancer. During that time millions would die from the disease…until the Surgeon General finally published the warning in 1976. That was 42 years ago and, although cigarette sales have gone down, 30 million still smoke and 6,000,000 die each year from tobacco related diseases. Will the cigarette companies quit? Why should they…as long as the profits keep rolling in? Now, what is in vogue is electronic vapor cigarettes (E-cigarettes). Considered somewhat safer than regular cigarettes because of less heat and chemicals, it´s goal is to keep the nicotine addiction going, especially among young people…the hook being “flavored” vapor. As a multi-billion dollar industry they developed an infallible strategy, based on constant advertising, skewed studies and the support of paid celebrities, politicians and representatives of the medical profession. Since we have a tendency believe what we read, especially if it´s repeated again and again, we believed then that smoking was OK…even healthy. We were hoodwinked for decades. Now we know the connection, but at what price? 30,000,000 in the U.S. still remain addicted to nicotine, via one product or another.

FAST FORWARD TO THE PRESENT!

If we naively fell for false information and advertising 70 years ago, isn´t it possible that there are certain organizations that are applying similar tactics utilized by Big Tobacco, that worked extremely well…to get us to consume their products? Why I single out these following institutions and corporations is because they are valued in the billions, giving them lots of power and influence over us and also because of their highly questionable interest in our personal health and wellbeing. Through the manipulation of scientific studies and publicity their strategies are to confuse the public and to introduce doubt…not unlike the goals of the tobacco industry:

· The Pharmaceutical Industry – Drug sales, including dangerous side effects, are valued globally at one trillion dollars.

· The American Heart Association, The American Cancer Society and the American Diabetes Association – Their sponsors include the following food companies… all questionable foods for people with chronic diseases.

· The Agricultural Industry – Factory Farms satisfy our craving for meat, that lacks the fiber, antioxidants and phytonutrients, so essential for optimal health.

· The Dairy Industry – The Dairy = Healthy Calcium myth has been going on for decades.

· The Egg Industry – Food with highest cholesterol (1 egg = 200gms with 300mg being the Recommended Daily Requirement).

· The Medical Profession – 3rd leading cause of death in the U.S. (hospital and physician errors, drug misuse and side effects)

· The Soft Drink Industry – #1 client for the sugar industry.

· The Fast Food Industry – Combines fat, salt and sugar in the right combinations to keep us returning for more hamburgers, fries and so

HOW VALID ARE SCIENTIFIC NUTRITION STUDIES?

Annually, there are approximately 100,000 nutrition studies carried out by different organizations, following different protocols and, frequently, with conflicting conclusions. The question is…How do we know which studies are valid and which are not? To establish whether or not a study is truly reliable or, in fact biased, we would need to know:

1) Who authored the study?

2) Who sponsored the study?

3) What type of study was it (i.e., double blind, randomized, controlled, etc.) 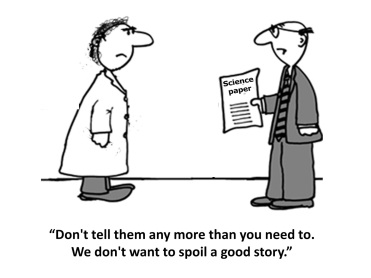 I doubt that most people, including myself, bother to investigate the studies sufficiently, in order to answer those questions. Since studies can and are often skewed either way, depending on the author, the sponsor or the type, we can simply pick and choose which ones support our beliefs and/or habits…or as Dr. John McDougall states, “We love to hear good things about our bad habits”. Even Big Tobacco used studies that said nice things about smoking.

Seven years ago a close friend of mine, Beatriz from Cozumel, Mexico, went through open heart surgery, at the age of 72. Because of complications, one year later, she was told that she would need the insertion of a stent. However, the artery from her leg, that replaced the original one, turned out to be too narrow for the stent. The doctor told her that, unfortunately, there was nothing they could do…so they sent her home. She was given a few months to live. At the time I found out about her situation, I had already been following a Whole Food Plant Based diet (WFPB). I told her about several doctors and health care professionals that were having remarkable success with reversing heart disease with a WFPB diet. I also gave her the NY Times best seller, “Prevent and Reverse Heart Disease”, by the Cleveland Clinic surgeon, Dr. Caldwell Esselstyn…the book responsible for changing Bill Clinton´s life. Beatriz became inspired and, 7 years later (not 7 months) is doing very well and hasn´t experienced another heart incident during these years. Although Beatriz´s success is not included in any clinical study, what´s obvious is that both of us have experienced the undeniable power of WFPB nutrition.

While powerful corporations and institutions manipulating scientific studies, there are increasing numbers of Drs. and Health Care Practitioners, around the world who are curing their patients with Whole Plant Based foods and showing the extraordinary potential of a Whole Food Plant Based diet in Preventing and Reversing Heart Disease, Cancer, Type 2 Diabetes, Osteoporosis, Arthritis, etc. Just to name a few that I´m inspired by: Dr. Caldwell Esselstyn, Dr. Michael Greger, Dr. John McDougall, Dr. Neal Bernard, Dr. Dean Ornish, Dr. John Robbins, Dr. E. Colin Campbell and Dr. Joel Fuhrman. Maybe it´s time for people to pay more attention to this type of one on one evidence, instead of relying so much on scientific studies that are often confusing, biased and questionable.